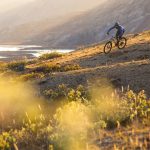 More films, more fun!
This year we have received more films than ever before; 208 films were submitted in our international adventure film competition, a stunning 16% increase on 2018 and a new record! We received film entries from Finland, Brazil, USA, South Korea, Australia, India, Turkey, Armenia, Europe, Hong Kong and New Zealand; 16 of the films were Kiwi-made. Fewer mountaineering films were received than in the past; however, there was a significant increase in environmental films submitted. The judges have been furiously watching hours of film and the programme is shaping up for release when general tickets go on sale on June 1.

Broad range of books
Our literature judges Allan Uren, Annabel Wilson and Chief judge Dave Vass have been devouring the entries for the Mountain and Adventure Narratives and Mountain and Adventure Heritage book categories for 2019. The depth and breadth of Kiwi authors submitting work is pleasing. Content ranges from polar expeditions to surfing missions, science to scenery, and of course the trusty Kiwi guide book. Some of the authors will be reading and presenting at the festival!