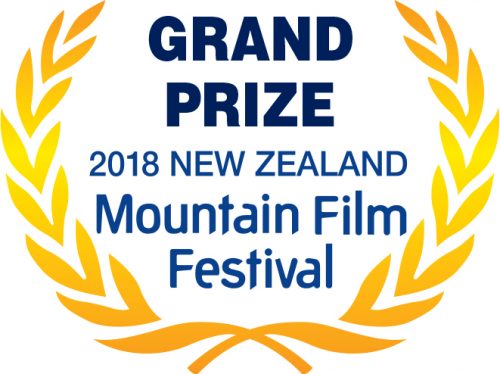 This year our film competition received a record 209 films, 19 of which were New Zealand made. Films came in from Australia, South America, USA, Canada, Asia, Russia, Iran, Greece, France, Austria, Germany and the UK. 83 films made the cut into the programme, including 10 world premieres and more than 40 NZ premieres. Once again the cinematography and scenery is sensational. An inspirational aspect of many of the films this year is the numerous women pushing the boundaries of sport and the equality they’ve earned from adventures as hardcore as any man. Strong environmental themes also come through in many of the films. Animal extinction and the impact climate change has on our landscapes is at the forefront of many filmmakers’ and adventurers’ minds. There are a lot of edge-of-your-seat moments, and incredible drone shots giving the sense of taking you into the scene. The storytelling is inspirational, funny, breathtaking and often jaw dropping. Check out some of our award winners below.

Grand Prize – Liv Along the Way.

The Grand Prize winning film, ‘Liv Along the Way’ is a testament to the calibre of the films on offer at this year’s event. In this film Director Mike Douglas follows World Champion sport climber Liv Sansoz as she sets out to climb all 82 4,000m peaks in the European Alps in a single year. Liv’s backstory is woven throughout the tale and her gritty motivation and gentle personality comes through in the documentary styled edit.

Liv was twice crowned World Champion in sport climbing, and eventually expanded her professional horizons to mixed climbing, ski mountaineering, and BASE jumping. A series of setbacks fuels her determination and the film beautifully conveys her fortitude throughout the many challenges she faces. The film is inspirational; ‘Liv Along the Way’ presents the highs and lows of a life less ordinary. Breathtaking footage truly brings this story to life. Douglas wins $1,000USD and the film, a New Zealand premiere, will be shown on Saturday June 30 following Conrad Anker’s presentation.

The recipient of the Best New Zealand Film and the Hiddleston/MacQueen Award goes to Jase Hancox for his film The Sky Piercer. The Sky Piercer follows a team, led by Sam Smoothy, to climb and ski the East Face of Aoraki/Mt Cook. Accompanied by one of the world’s best snowboarders Xavier de La Rue (France), professional freeskier Nadine Wallner (Austria) and Wanaka-local Fraser McDougall, Smoothy faces weather, ice and variable conditions as he sets out to achieve a life long goal. The film follows the team on a very Kiwi experience surfing, rock climbing and crayfishing as they wait for a weather window. Stunning footage and beautiful editing showcase the Southern Alps and the raw nature of New Zealand mountains. This film will have its world premiere on Saturday June 30 as part of the Pure NZ session. It will also screen in Queenstown on our popular Snow Show on Friday July 6 hosted by Sam Smoothy himself.

Blue, told by Director Karina Holden, is a story everyone needs to hear. The very nature of our ocean is being irretrievably altered. Industrial scale fishing, habitat destruction, species loss and pollution have placed the ocean in peril. This film explains how in our lifetimes half of our marine life has disappeared and half of the world’s coral reefs have been destroyed. An eye opening and shocking look at the critical implications ocean change has for the future of our way of life. This film will be shown on Sunday July 1 as part of the Nature and the Environment session hosted by Crystal Brindle.

Be prepared to feel cold!! The Frozen Road – filmed, edited, directed and cycled by Ben Page – is an epic adventure. The NZ premiere follows Ben as he fat-bikes the world, completely alone. Ben says, “It was a journey dreamt up in the arid deserts of the Chilean Atacama, but realising this dream was to be a far greater challenge than I had ever imagined. As my latitude grew ever greater and the mercury fell below -30°C, I discovered what it truly means to travel alone in this great emptiness.” Ben tackles the threat of wolves, well below-freezing temperatures and the challenge of merciless solitude. This film is honest, remote and so very cold! Bring a jacket and help yourselves to our free tea and coffee during this epic little tale. This film will be shown on Sunday July 1 as part of the Dulkara Martig talk and films.

This film is about Margo Hayes, a 19-year-old rock climber from Boulder, Colorado. Margo is leading the way in modern rock climbing achieving a 5.15 (NZ 37), right up there with some of the highest level routes ever climbed by men and never by a women. This kid has a sparkle in her eye and sheer grit and determination for her sport. Directors Matty Hong, Peter Mortimer and Nick Rosen have pulled together this cool little film that follows Margo as she pushes her mind and body to the limits and shows her dogged approach to achieving her goals.
You can catch this flick in Wanaka on Tuesday July 3 or in Queenstown on Saturday July 7 following Mark Sedon’s presentations.