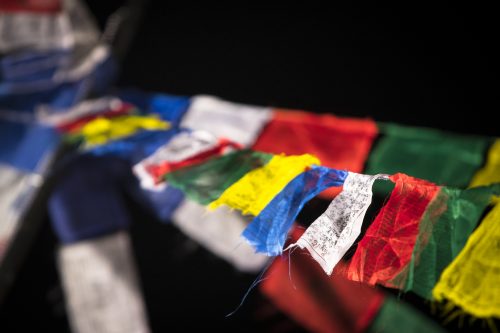 The NZ Mountain Film and Book Festival has come to a close. We hosted 78 film screenings, 33 speaker presentations, and 12 workshops in three towns over 10 days. We sold an unprecedented amount of tickets with a large percentage of new viewers to our event. A team of 50 volunteers made it happen. A record number of filmmakers attended the festival and introduced their films and we featured six world premieres and six Wanaka-made films. 10 awards were presented and over $4000 prize money went to film and book award winners. Attendance numbers were unfortunately well below expectations for the Book Festival, but also record breaking for the Film Festival at over 4,500 in Wanaka and Queenstown.

Winning Book
This year the winning book entry was Tim Cope’s On the Trail Of Genghis Khan. The judges loved the way Tim’s writing helped the reader conjure the beautiful sights and interesting characters in the journey. The stories within the story and the description of the epic three-year psychological transformation stood out amongst the sumissions. We were once again lucky to have Tim attend the festival to present and be involved in our Words and Wine author readings sessions. Tim runs small group treks specialising in remote trekking and cultural tours of Mongolia and Russia.

Silent Auction
The Silent Auction in Wanaka raised $3,750 for the NZ Mountain Film Festival Charitable Trust’s Grant scheme. This auction could not happen without the generosity of our sponsors and local businesses donating items for auction, a huge thank you to all those involved. We have moved the application dates for our Grant Scheme to open on July 1 and close on August 30. We invite your applications now for funds to:

Your one-page application should include what project you are applying for, the total project cost and the amount you are seeking from us. Post your applications to NZ Mountain Film Festival Charitable Trust Board of Trustees, P.O.Box 563, Wanaka 9343 or email to info@mountainfilm.nz.

Our non-profit Charitable Trust mandate is to promote healthy and active lifestyles, encourage youth to make small safe adventures in the outdoors, to inspire people to reach their full potential, to work cooperatively with others in the youth development area, to help people with disabilities get into outdoor activities and to promote NZ arts, film, culture, environment and outdoor lifestyles. The festival celebrates adventure sports and lifestyles and the Silent Auction and Grant Scheme assist in making them happen. 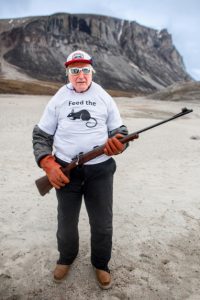 Every year we send out an audience survey to ask about the favourite film of the event, this year we had an overwhelming response to a cheeky little film called Dodo’s Delight which received a staggering 50% of the total votes. Never before have we had such an overwhelming winner!

Zero Waste Initiative
The audience response and support to reduce waste during the festival was fantastic. We offered free tea and coffee, our new water fountain was in action, we accepted digital tickets and over the five-day festival managed to only end up with two bags of rubbish. We are super stoked with this result!

Free Family Shows
The response to the free family shows at Edgewater was great. We filled most of the seats on offer and we screened Into Twin Galaxies and Waiautoa Odyssey to a mix of ages. The purpose of these shows is to ensure the event is accessible to all ages and groups within our community. We also hope this sneak peek at our festival event introduces new folks to the fun of adventure films.

National Tour
The festival will now go on a national tour to approximately 20 small towns throughout NZ for the remainder of the year. Check out the tour dates here and if there isn’t one near you, contact us to host your own.